Remember that 2013 show where Microsoft announced the Xbox One? Remember how terrible it was? They made more noise about HDMI passthrough than any launch title. Sony pwned them with a cheeky video detailing how you could just hand a game to a friend rather the Xbox One’s new DRM-madness of a lending solution. Remember that groan of another pointless Kinect that pushed up the price $100? And, of course, the always online requirement that was shelved so quickly it must’ve given Microsoft whiplash.

Six years later, in the latter days of this generation, Microsoft is trying something new. Within the last few months, we’ve heard a number of new rumours about Xbox, with a new digital-only, disc-less console coming out soon, Xbox Live login on the Nintendo Switch, and Xbox One games that are playable on Windows 10. Microsoft is planning their next generation already, and it’s going to be much bigger than the monolithic early Xbox One I have under my TV.

There are three “sectors of the economy” which a country passes through it its history:

Xbox works in a similar way:

Xbox as an Service

Xbox can only make so much money because it is limited by two factors:

2 – the number of games it can sell on that Xbox.

Over the course of the original console, 360 and One we’ve seen chart positions rise and fall like the tide. If Xbox truly wants to make more money and grow, they need to diversify. How does a console diversify?

It’s not been a great generation for Microsoft

The Xbox One 2013 announcement was the brand’s first attempt at diversification, and you can’t say it entirely failed either. The Xbox One is a media player. I certainly use it as one, but not because of Xbox’s focus, its because of Netflix. Streaming apps – an entertainment shift made successful by Netflix – is the reason I watch TV on my Xbox, not the HDMI passthrough port. And I’ll be honest and say the reason I’ve keep my Live Gold subscription is more for the “free” games than any particular functionality.

Xbox One has simply never seen the sales number of either its competitor nor its predecessor. VGChartz places the Xbox One sales at nearly 50 million units behind the PS4, and that doesn’t exactly inspire developers to invest in exclusive games for it.

As such, the list of exclusive Xbox One games is pretty small and those that have released (and not been cancelled like Scalebound) definitely haven’t had the hype or public attention that Sony has enjoyed in the 2010s with games like The Last of Us, God of War, Spider-Man, or Horizon: Zero Dawn.

So where does Xbox go if players won’t come to it? Simple: everywhere else.

In early February, the Game Developer’s Conference announced that Microsoft was preparing a talk about bringing Xbox Live services to other platforms: https://www.polygon.com/2019/2/4/18210356/xbox-live-ios-android-switch

This has the potential to be huge. With cross-platform multiplayer now becoming a common feature on Xbox, Switch and PC, this update would allow players to collate their achievements (woohoo! I’ve always wanted this), friends and stats all under one account and would spread the brand further.

And then there’s the latest rumour that Xbox games will become playable on PC. Such a shift is huge, and a big expansion to Xbox’s Play Anywhere program where you can buy a game on Xbox and play it on Windows 10. Tie this into the Xbox Game Pass’ Netflix-like subscription service and you have Xbox gaming on entirely different hardware markets and services stretching into mobile and Switch as well.

All of this spreads the brand across the gaming landscape like ivy on a wall, letting them draw revenue from a much greater pool of players.

Streaming is the future

I’ve said it before and I’ll say it again, streaming is the future. Whoever can overcome the infrastructure problems first will lead the way, but eventually, the $60 game disc will die, replaced by a subscription service that supports publishers through $/minute gameplay and monetisation systems. Xbox already has the Game Pass subscription, and if that is tied into the streaming-only Xbox One successor than I think this will be the first big console with a chance of succeeding here.

Microsoft is testing the waters, not diving in

2013 was, quite frankly, embarrassing for Microsoft. Every unique selling point was either withdrawn because of player outrage or died over time, like the Kinect. Now they are testing things slowly. Game Pass is a subscription service that doesn’t have to sell a new console. Instead, they can see what works and what doesn’t and grow it over time. A digital-only Xbox One is a great way to test if disc-less consoles will be accepted by the mainstream. Putting Live on Switch is a way of testing if that service has legs outside of its own home. Allowing Xbox One games on PC is a no-brainer if the games will sell better than on their own console.

It’s pretty clear that Microsoft isn’t going to repeat its past mistakes. The gap between this generation and the next will be much smaller. There won’t be a huge jump in graphical capability. There won’t be any brand new services, or fancy VR, AR or other gimmicks bundled into the console with a price hike to match. No, they will take it slow. They will test each step in the market before committing their entire brand again.

Nintendo’s at it too, kinda

Nintendo now has several games on mobile like Super Mario Run and Fire Emblem Heroes, with more on the way. It too has realised that diversification is the key to long term continued success, although they’re taking a much slower route to it. I wouldn’t be surprised to see them piggyback on Microsoft’s plan within the next few years and use the Xbox integration to draw more players to their platform and franchises.

On that note, it’s not just games

Apple is facing a similar issue. They are no longer reporting the sales numbers of devices and that’s because iPhone sales have slowed. They can no longer make the headline-grabbing claims of consistent year-on-year growth because users are keeping their devices for longer, repairing them for cheaper and the prices are getting ever higher. The result is that sales are plateauing. While logically isn’t shouldn’t necessarily be bad news for Apple, since 217 million devices per year is nothing to be sniffed at, we’re in an economy where shareholders expect growth, not just profit.

As such, Apple is going to have to shift focus onto services. I recommend checking out TechAltar’s video explanation below as he talks about it pretty succinctly.

Ultimately, only Microsoft knows what they themselves are planning. We’ve seen Xbox and PlayStation trade market positions each generation, and I think through careful planning, Microsoft could swing the pendulum once again. 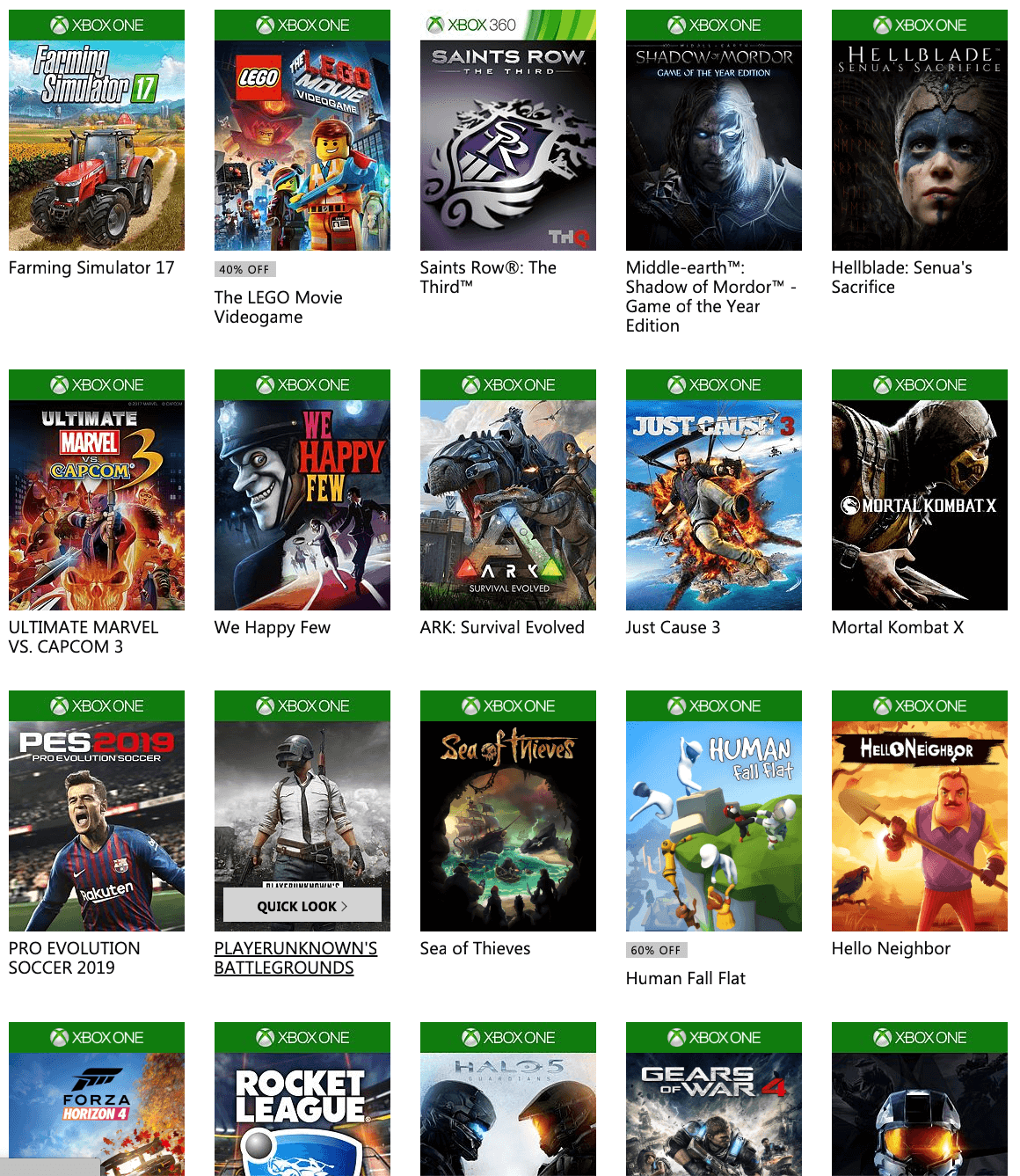