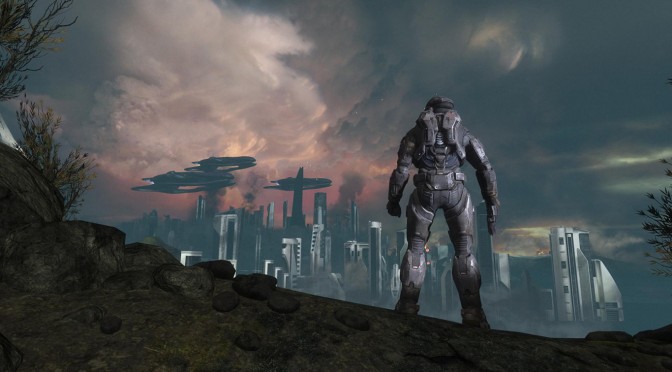 A collection of my favourite gaming moments from the last couple of years. This is by no means an exhaustive list, but I think there’s a wide variety of experiences here. I’ve always loved the freedom of play found in the Hitman games. Each mission gives you multiple tools and method of completing it. After reading reviews about Absolution, I was worried it had lost this gameplay aspect. But, during the first Chinatown mission I thought: “I wonder if I can poison him with a fugu fish?” And I could. This made the game for me. So you’ve explored every area, unlocked every magical transport panel and gotten to know and bond with Elika – your NPC companion – on the way. Now she’s sacrificed her life in classic hero fashion. You pick up her corpse and carry her out to the stone dais, end credits playing as you walk. You place her down, and the world around you has been brought back to life through her sacrifice.

From my point of view, you can now turn the game off and walk away. Or, you can cut down a few trees and restore Elika to life by undoing her final act. I look at this as a choice you’re not forced to make with an out of context button press. You can simply walk away from the game, or you can restore her. I loved that choice. I’ve spent 20+ hours bringing my crew together, taking them with me on life-or-death missions and after helping each crewman with their own problems, we get to the end. Collector Base, big bad, tough choices. So I pick my team, knowing that if I make the wrong decision, I lose someone I’ve gotten close to. I’ve done it, we’re clear, heading back to the ship. Then a cutscene fades in and I see who I’ve lost on this mission, and in some small way, my heart tears and I actually feel sad for that bastard Salarian doctor dying. Beautiful. As much as I love the Mass Effect trilogy, I have issues with number 3, big issues. The ending chief among them. For the first time ever, I had taken a character – my character – through three whole games and that is the ending I get? Disappointing to say the least. So, when I found out they were releasing DLC a year after launch, I was curious to see if I would get some closure. The Citadel DLC gives you a chance to play through a new mission with everyone of your past and present crew (assuming they survived ME1, ME2 and you’ve helped them out beforehand in ME3). It’s nice, everyone’s back together, I’m smiling at their mannerisms and the conversation. But there’s one moment in the mission I love in particular. My entire crew has climbed a ladder, and they are all shooting down to cover me as I ascend. Yes it’s a cutscene, but that just means I can sit back and watch my friends go to work. It almost brought a real tear to my eye. When I finished Halo Reach, I was satisfied knowing that the world I was trying to save was doomed, and I was going to die. But,on that last mission, I knew my action had enabled the rest of the Halo story to continue on, that Master Chief would go on to battle the Covenant, the Flood and would eventually save the human race. So I was just ready to put my controller down when I find myself facing hordes of the oncoming Covenant Sangheili. I eventually die, and I’m then presented with my helmet lying in the dust. I died, but I’m satisfied.

[…] and while I would hate for IOI to simply remake it with Daniel Craig’s face, there’s a lot to learn here. Maybe a few smaller levels dotted between the Hitman sandboxes we know and love would be a good […]