Discussing the Design and Business of Games

After 108 hours of exploring, killing, talking, negotiating, searching, hunting, looting, riding, racing, jumping, dying, potion-making, crafting, repairing, buying and selling; I’ve reached the end of the story of The Witcher 3. It’s an incredible game, probably the “best” game ever made. The world is huge, rich and never fails to interest you. The characters are deep and affecting, and the story takes you through so many unexpected emotional highs and lows that it really is a rollercoaster journey walking in Geralt’s shoes.

WARNING: Major spoilers for the ending of The Witcher 3’s main game campaign, and it’s seriously worth playing. You have been warned!

The Witcher 3 is amazing, there’s no doubt about it. I have many criticisms, but they’re so small that none of them detract from how great this game really is – except one, and it breaks my heart.

It’s the end of the road

Once you’ve finished the main quest line, the credits begin to roll as Dandelion narrates your effects on the world. Who ends up ruling the Continent? What is Ciri’s final fate? Does Geralt retire with Yennifer or Triss, or is he fated to walk the world alone? As an ending, it’s… fine. It’s a concise summary that leaves you both celebrating and regretting your effect on the world. As part of the standalone game, it works really well. But, if you play the Witcher the same way I did, this epilogue betrays a fatal mistake: I waited to play the expansions until I finished the main game.

Once the credits finished rolling, I went back into the game and found myself at Kaer Morhen with a popup box on screen:

“The story of Geralt of Rivia has come to a close. You can continue traveling the world in search of witcher contracts and adventure – but everything will be as it was before the game’s last chapter, and quests tied to the main story line will no longer be available.”

So while those endings have played out in the credits, going back into the game rolls back all of that and drops you back into the world at Kaer Morhen before the last chapter. The world is as it was when you played. Nobody has conquered the Continent completely yet and your friends are… somewhere.

Before we dive into that though, let’s look at the popup itself. How can you read that and not be depressed about it? “The story of Geralt of Rivia has come to a close.” Hey! No, it hasn’t! I’m still here, wandering around doing my Witcher things! I have monsters to kill, villages to save, bars to drink at!

Then it really hammers home a feeling of emptiness: “you can continue traveling… but everything will be as it was before…” That “but” is a gut punch. As I read, it tore a hole through my stomach and emptied out the satisfaction I had felt from seeing the story end and reading where my friends ended up.

Then I found myself back in Kaer Morhen with nobody around. The pop-up had knocked the wind out of my sails, but I figured I’d go around and see all my friends.

I romanced Triss (because as much as the game wants you to pick Yennifer, she really does just take advantage of you) and chose to retire with her to a house in Kovir. But in this world, she’s nowhere to be seen. After everything we’ve been through, Triss, Yennifer, Ciri… they’re just gone. Vanished from the world. It took me 108 hours to find and save Ciri, and now she’s nowhere to be seen, despite the fact that I just handed her a new sword and we’re meant to be off Witcher-ing together!

Wandering the courtyard, I felt completely and utterly empty, hollow with the pang of those characters being gone. After doing a little online research just to check, I know that no matter how much I explore this world, I will never see them again. (Well, one of them, maybe, at some point.)

I didn’t get the best ending to the game. I chose not to kill Radovid because I felt that assassination was not Geralt’s job; but having now seen the ending I regret not doing so. I failed the first quest in the game too, where I didn’t make a potion before leaving White Orchard and an NPC died. These things, despite being a core part of the RPG genre, knaw at me.

But my biggest regret is not doing the expansions first. While Geralt travels alone for most of the game, there is the ever-present feeling that your companions are out there somewhere. A quest will come that will reunite you with your love interest. The day will come where you find Ciri or play as her again. The story is building to a climax which will unite these disparate stories into a grand reunion at Kaer Morhen.

But diving into the post-game, Kaer Morhen is empty. The world, despite the hundreds of NPCs, dozens of side quests, myriad monsters; feels carved out and decide of life now. And I’m far from the only person to feel this way.

For the world is hollow and I have touched the sky

Building a world as complex as in The Witcher 3 is a massive and complex undertaking, and Witcher 3 has by far the most interesting and full world of any game I’ve played. Not only is it lush, vast, and densely packed, but it reacts to the events of the game and the player in numerous ways both large and small. When you finish the main story, Dandelion’s epilogue tells you of sweeping changes to the continent that would have otherwise taken many extra months or years for a developer to make for relatively little benefit.

So what solution would I prefer? Being a game producer myself, I’m not going to suggest the game world be upturned and everything should be different, but I want a few small additions that would help immensely:

This would leave the player with that “what if?” feeling, instead of drawing a very firm line under the ending. Whether it’s true or not, in your mind the world is continuing on, your companions are out there living their lives and you could very well run into them as you play. It’s a much more fulfilling feeling than a cold text box in a cold castle.

Perhaps though, this is the designer’s intention. It may sound strange, but perhaps CD Projekt Red wants to end your journey out alone in the world. Geralt is a lone wolf, of course, perhaps this is his way of life? An inciting incident occurs, he is thrown into the lives of others, makes allies when he needs to until he’s claimed the monsters head and he walks away.

Maybe then, standing here in the echoing halls of Kaer Morhen, I feel exactly as I should? Maybe this is the moment that Geralt and I are closest? When we’re just here together, alone.

But what about you?

Does the way Witcher 3 ends satisfy you? Does it leave you wanting to explore, or wanting to take a break? What would you need from the post-game to keep you playing? 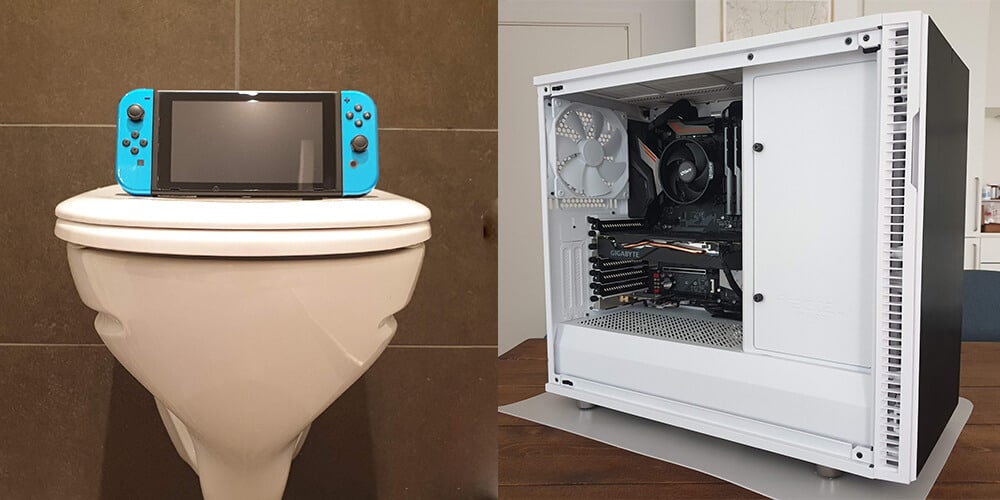